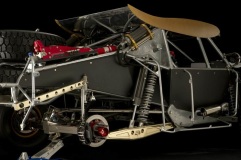 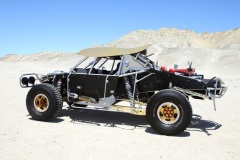 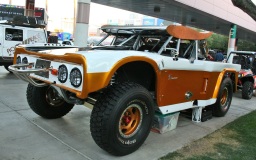 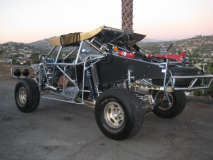 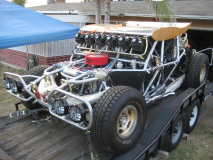 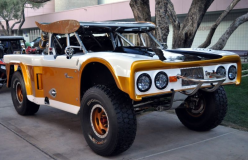 Not Available
Its has been forty years, since the original "Big Oly" roared onto the then-small stage of off road racing. The original "Big Oly", owned and driven by racing legend Parnelli Jones, captured the hearts and imaginations of a generation. Today it remains the most iconic vehicle of the sport. This 1971 / 2011 Ford Bronco  California registered, smog exempt, street legal, one-off, one-of-a-kind, unlimited class, Baja 1000, Trophy Truck. represents the year that Parnelli Jones won his first Baja 1000 in the famed original "Big Oly". The looks and sound of this 723hp racing machine going down the road, turns heads like no other. The all chromoly tig welded chassis is powder coated. Everything is of show quality: being brass plated, nickel plated, or anodized.

Big Oly was the equivalent of the first Trophy Truck in the early 1970s, resembling the the early Ford Broncos in production at the time. However, that’s where the similarities ended. Oly was a 2WD truck with a tubular frame and a fiberglass body with aluminum interior panels, a far cry from the 4WD production Broncos.