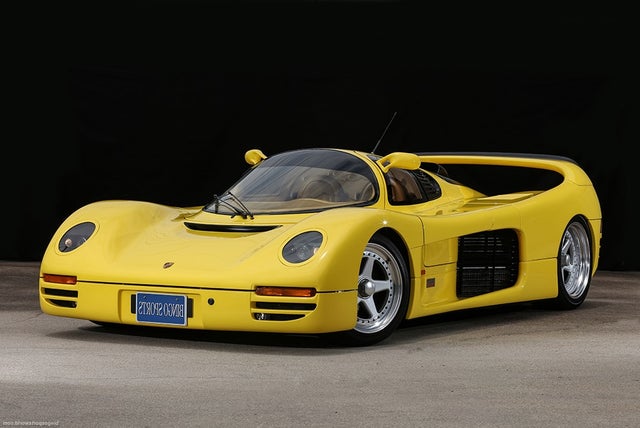 Add to Cart
The reason for this car to be called as “Schuppan Porsche” is because it is built by an Australian Porsche's great works driver, Vern Schuppan based on 962C which is the best Group C car and designed as a road-going car.

Vern Porsche, he was not only Porsche's works driver but took part of developing racing car as well. He won Le Mans 24 hours race in the overall class with Number 3 Rothmans-colored 956 in 1983. In the same year, he participated in Endurance Race which started in Japan and won the first championship.

Porsche 956 introduced to the public in May of 1982, so Schuppan suddenly reached his top career in Porsche. With the honor and by encouraged by the power of unbeatable machine, “Team-Schuppan” was established. To start the race activities in Japan was the beginning of today's Schuppan 962CR.

There were three best models existed, 956, IMSA's GTP version 962, and 962C, the total evolutional model. Other than the length of wheelbase, monocoque length, is being different between each model, they are almost the same.

Even though it is highly competitive in world class racing machine, the vehicle was widely known as a strongest car for nearly 10 years. Because of that, there are many cars that various mod