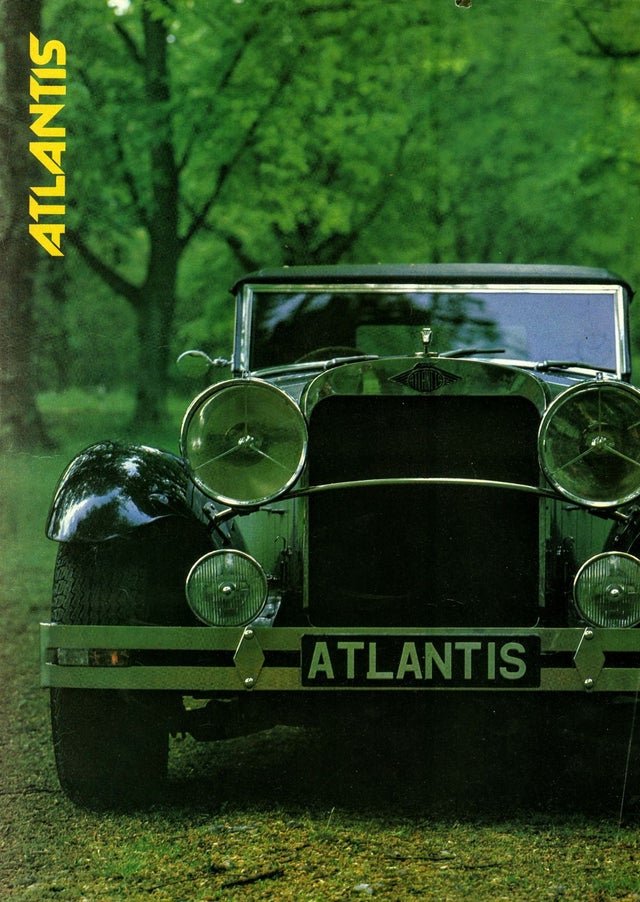 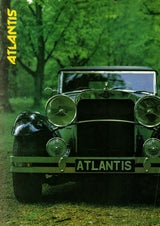 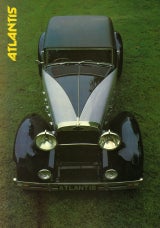 For Sale, including all intellectual rights equipment and brand name of Atlantis

The Atlantis A1 dhc and fhc is a French inspired retro style car of the early 1930's. Not a copy but an original design produced from drawings and models.Construction of the prototype was completed at the end of 1982. A two year testing program was carried out between 1982 and 1983. The rigorous testing proved the original design to be sound.  A great deal of publicity and articles have been done over the years by many magazines.This included road tests by several leading magazines and newspapers. The cars always receiving much praise.

The design and build ethos was to build up to a quality rather than down to a price. The chassis/frame is fully stressed for a convertible and the first one of these was produced in 1986.In 1986 a one off racing version with 454cu in Chevrolet engine was built to special order.
Since publishing the Atlantis Motor Company web site several owners of Atlantis carshave been in touch and are very enthusiastic about their cars

A large amount of interest has been seen lately in the Atlantis car and therefore the decision has been madeto sell the company so that production could continue with enthusiasm from a new owner. This would be even more viable now than when the car was first produced. Now that new cars have become so full of technology and characterless efficiency, there is a renewed interest in hand built craftsmanship where gadgets are less important than individuality and style.

All the original jigs, patterns, moulds and drawings are carefully preserved and are included in the sale to restart production. Any help and advice required is available to make the project completely successful, from Michael Booth, the original designer.

Very importantly the Atlantis brand name can be used on future new car projects that you may wish to develop. This is of great value, saving the high cost and difficulties of establishing a new car brand. The Atlantis name has been established for 40 years and has an historic name association that makes it instantly and uniquely recognisable.

This is aunique opportunity to be involved with one of the most exclusive, prestigious and beautiful cars ever produced.
His main aim is to see the company prosper and Atlantis cars be produced so although the brand has been ISO valued at around £100,000.00 I would be prepared to listen to any offers that you may have including a classic car of some kind in part exchange.