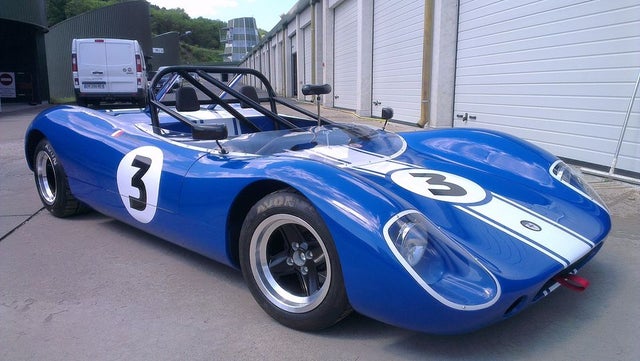 The original Crosslé 9S was designed by John Crosslé in 1965 to participate in the European International Two Liter and Six Group Championships.

It's now available in the FIA Continuation series made by the original manufacturer. This car is made in Ireland, in the same factory as the original, with the same machinery. The Crosslé 9S has the classic appearance of a sports car designed in the pre-downforce era, but is now equipped with a modern and extremely reliable Ford Zetec engine, tuned by Dunnell Engines. The 220hp engine incorporates Weber carburettors and is mated to a Hewland gearbox.

The tubular steel space frame follows the original design in 1966. It now includes the latest safety requirements. All chassis parts are made of mild steel and alloy steel, and are treated with black powder coating. The floor is made of T6 fully hardened aluminum.