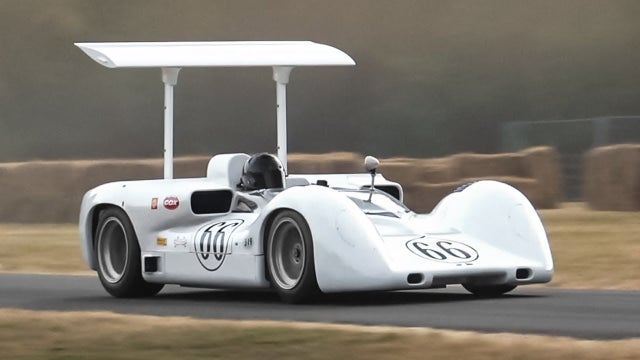 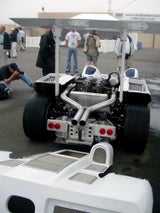 The first Chaparral was a traditional front-engine vehicle built in 1961 by Dick Troutman and Tom Barnes. Chaparral was a pioneer in introducing air intakes, wings, ground effects and spoilers. ​From the wings attached to the first two "Flipper" type wings, which were pilot-controlled in the 2E model, to the Chaparral 2J, the first "ground-effect" vehicle.

Jim Hall used his knowledge of engineering, and especially fluid dynamics, to methodically solve the problems. This gave him access to the Chevrolet and Firestone team, transforming the application of aerodynamics in competition; with the help of data acquisition technology developed by GM.

In 2005, Hall teamed up with his longtime Chevrolet R&D friend Jim Musser to embark on a new adventure in the Chaparral 2E continuation series.

The Chaparral 2E Continuation Series is a continuation of the innovative racing marvel built nearly 40 years ago and used the original body shape by the same people, working under the same ancient nameplate, and designing with the continued energy and passion to create his legacy.

The follow-up car is a perfect replica of the Chaparral 2E. It currently runs a 350-cubic-inch Chevrolet V-8 aluminum block mated to a three-speed transmission. This engine produces 524 horsepower at 5600 rpm and 574 pound-feet of torque at 4200 rpm. It reaches 100 km/h in 2.9 seconds, an incredible figure even for modern cars.